Fortified wine is made by adding brandy (neutral grape spirits) to a wine in order to boost alcohol content, resulting in alcohol levels from 17 to 21 percent. This was originally used as a way to preserve wines for long sea voyages. Sherry, Port, Madeira, and are among the best-known examples of fortified wines. They are typically enjoyed before (especially sherry) or after (especially port) dinner, as an occasional treat.

What is Sherry?
Sherry, which is produced only in the Andalucia region of southern , is named after Jerez de la Frontera, a town of Moorish and Arab origin where many Sherry bodegas (wineries) are still located. The hot climate and distinctive soil there are uniquely suited to producing the wine from which Sherry is made.

How Sherry is made
The Palomino fino grape is the main variety used in Sherry. It is grown on chalky soil and is fairly low in acidity and sugar. After harvest, the grapes are dried on mats in the sun to concentrate the sugars. To make Sherry, pure alcohol is added once fermentation has stopped. Because the yeast have consumed all the sugar at this point, Sherry tends to be dry (not sweet), except for Cream Sherries, which have been heavily sweetened.

Fino:  Pale, dry, delicate, and lower in alcohol (15 to 17%) than oloroso. It is drunk young and is best served chilled.
Manzanilla:  The lightest and most delicate of the fino-style Sherries. It is very dry and pungent with a hint of saltiness.
Amontillado:  A fino that has been aged in barrels, which gives it a darker color (from oxidation). It has a softer and more nutty flavor.
Oloroso:  Usually aged longer than fino, it has a deep golden color, and a rich, nutty-raisiny flavor. Olorosos are typically more expensive than finos.
Cream Sherries:  Olorosos that have been heavily sweetened and are often of a lower quality.

[Need Photography: one wine glass each of Fino, Manzanilla, Amontilla and Oloroso]

What is Port (Porto)?
Port is a sweet, fruity, full-bodied fortified wine most often served after a meal, typically with cheese or dessert. It is made in the in northern from local grape varieties. Neutral grape alcohol is added before the end of fermentation, leaving some unfermented sugar, which accounts for Port’s sweetness. Drier styles are fermented longer. Other wine regions, including in , and , also make port-style wines, but these may not be called “Port” or “” in the European Union.

Styles of Port – Tawny, Ruby, Vintage
The different styles of Port result from different aging processes – how long they are aged in wood barrels (if at all) or in bottle.

Ruby:  The youngest style of Port, with little or no barrel aging, it is deep red, fruity, sweet, and drunk young as it generally doesn’t improve with age.

Tawny:  Tawny in color from the oxidative effects of long barrel aging, it is nutty, mellow and often silky. The finest styles are labeled with their average aging in wood:  10, 20 or over 30 years. These “Aged” versions should be consumed near the bottling date (vintage).

Vintage: This is Port produced only with exceptional grapes from a “declared vintage year” (not every year is declared) and are the most expensive. The wines are aged in barrel for up to 2 ½ years (the less barrel time, the more deep the ruby color), then in bottle for at least ten years. The result is an intense, complex, sweet and long-lived Port that retains much of the fresh fruit flavor (the very best vintage Ports can age 50 years or more).

“Need Photography: each a wine glass of Ruby, Tawny and Vintage”

What is ?
This burnt caramel-flavored fortified white wine originated on ’s , located 360 miles west of . ’s unique flavor comes from oxidation (from exposure to air) and heat – a combination that would ruin most wines. During lengthy sea voyages in the 15th and 16th centuries it was discovered that air circulation and warm temperatures created a special flavor in wines that was preferred by many, especially in the . Eventually, neutral spirits were added to better preserve the wine and help the aging process, which makes this the longest-lived wine. Today, the wines are slowly baked via a process called estufagem, in which the wines are placed in hot rooms or heated tanks called estufas for 90+ days. The higher quality are stored in wooden casks and left in warm rooms for years to develop the tangy, burnt-caramel flavor.

There are four different styles of that originally were identified by the grapes used. The lighter, drier styles are typically used as apéritifs; the heavier, sweeter ones as dessert wines. Color ranges from pale blond to deep tawny.

Sercial:  Pale golden color, light and dry; best served cool as an aperitif.
Verdelho:  Medium body and slightly sweet; good with soup.
Bual/Boal:  Fuller and sweeter than either of the two above; served room-temperature as a dessert wine.
Malmsey:  The richest, darkest and sweetest; full-bodied; made from the Malvoisia grape.
Rainwater:  A lighter (in color and body), drier, softer Verdelho blend.

“Need Photography: each a wine glass Sercial, Vedelho, Bual and Malmsey”)
What is Marsala?


From the of in northwestern comes ’s most famous fortified wine. Winemaking here goes back to Roman times and later, sherry-like wines are made during Spanish rule. In the late 1700s, an Englishman developed the current process for making . As with Sherry and Madeira, is made from mostly white wine that takes on a richer color and flavor from oxidation during aging.

are aged in oak, which gives a rich, smoky, caramel/toffee flavor. Dry are typically served chilled as aperitifs; semisweet and sweet styles are better dessert wines. is also a popular ingredient in Italian cuisine – in main dishes such as chicken or veal , and desserts such as zabaglione (zabaione).

Styles of
comes in various styles:  secco (dry), semisecco (semisweet), and dolce (sweet). The different levels of quality (from lowest to highest) are:

Additional, newer labeling terms:
Ambra (amber) and oro (gold) are made from white grapes.
Rubino (ruby) is made from at least 70% red grapes.
Cremovo is with added ingredients/flavors (usually egg yolk) 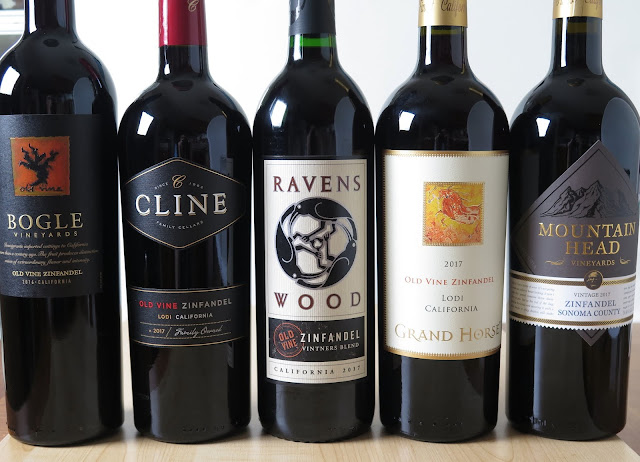 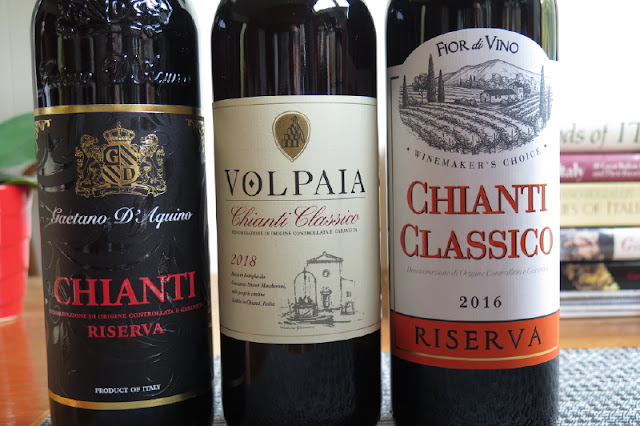 CHIANTI -- THE HEART OF TUSCAN WINE 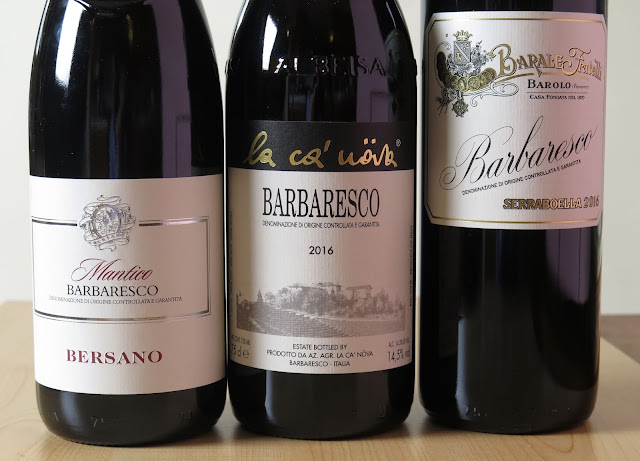 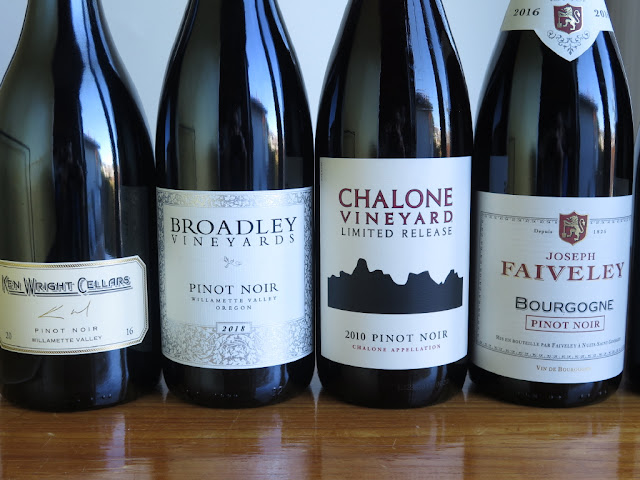 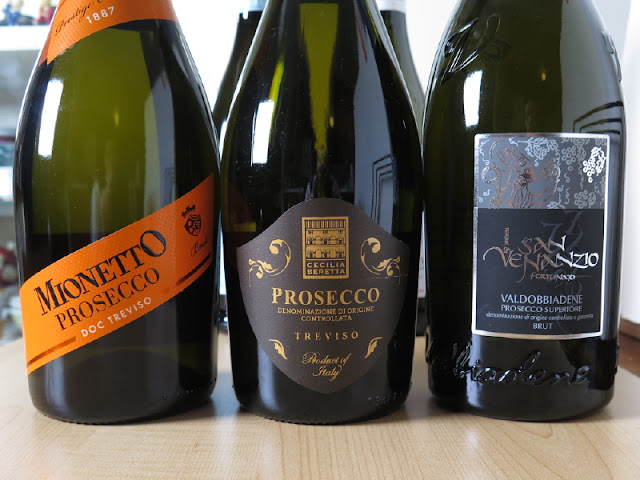